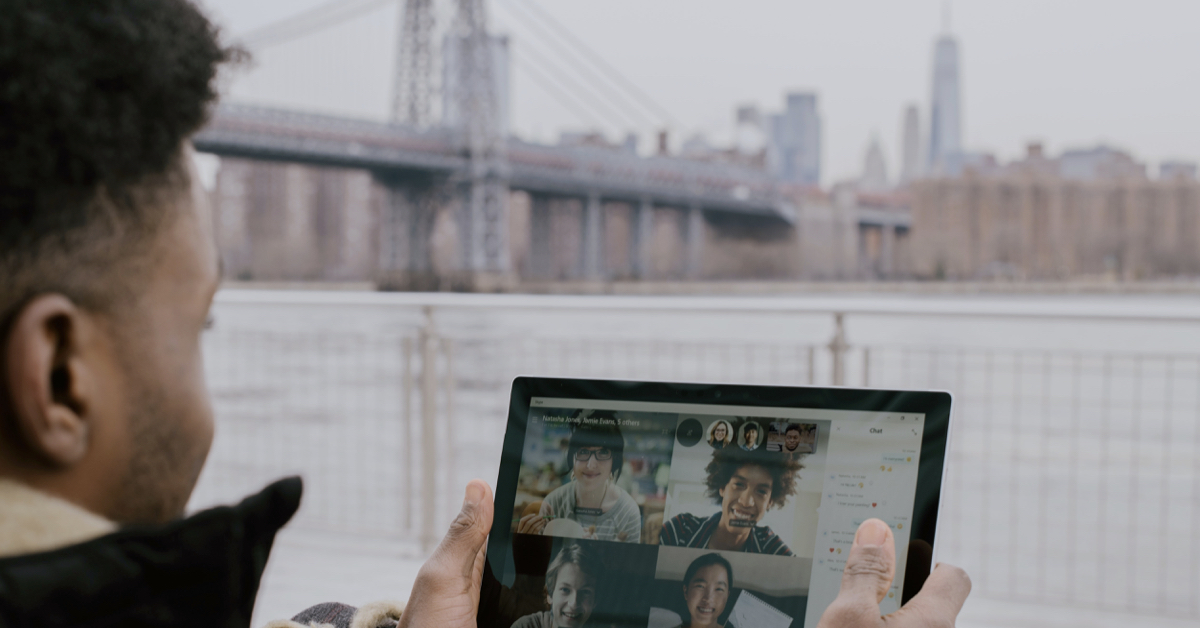 For several decades, the Gallup Organization has administered the world’s most popular survey of employee engagement. The survey, known sometimes as the Q12, asks participants to rate how much they agree or disagree with 12 carefully worded statements. And one statement stands out as peculiar at first glance:

I have a best friend at work

When you read it, your first reaction is often “who cares?” Afterall, what does a best friend have to do with doing your best job?

But it turns out that having good friends at work predicts a lot about engagement and performance. For instance, researchers led by Jessica Methot found that connecting with coworkers for reasons beyond work—in other words building a friendship with them—significantly increased employees’ performance. Having friends that you interact with at work significantly boosts your own mood, but it also makes it easier to ask for help or get feedback on your work.

But in this new, work-from-anywhere, world, building friendships among teammates looks a lot different. You can’t just rely on sharing the same space to be the conversation starter that leads to finding shared interests. Instead, team leaders have to be much more deliberate.

So, in this article, we’ll offer five ways you can recreate that space—and those conversations—on a remote team.

The first method to help remote workers build friendships is to establish a virtual water cooler. This doesn’t mean you need to force your team to have a chat window open on their computer all day. But it does mean creating a place where they can have nonwork conversations. It’s the virtual version of the office kitchenette or office water cooler (but that second one was obvious right?). It’s a place where people go to get away from work and connect with colleagues about nonwork topics. This could be built as a channel in Slack, GroupMe, WhatsApp, or any other conversation tool. But what’s important is that it’s a dedicated channel that people don’t feel obligated to be check, because they know they’re not missing anything work related. But they always feel welcome to jump into the conversation.

The second method to help remote workers build friendships happens at the beginning of virtual team meetings: Icebreakers. Before you stop reading, I know. Icebreakers have a bad rap. But there really is research suggesting that people participate more during meetings and connect with each other long after when teams use icebreakers to start their meetings. The key to making icebreakers work for personal connection is to focus them on things that allow people to share about their lives outside of work—to the extent they feel comfortable. This can be as little as sharing a “fun fact” about each other, or as in-depth as a game like “3 Snaps,” where each time a different team member shares three photos that are meaningful to them and shares the story behind the photos. Besides learning more about each other, icebreakers like these allow teammates the chance to find common interests and backgrounds, which are often the beginnings of friendships.

The third method to help remote workers build friendships also happens at the start (and end) of meetings, but it’s not an icebreaker. In fact, it’s nothing. It’s “buffer time”—meaning deliberately unstructured time where people join the video conference before the meeting starts. If you schedule a meeting for 10 AM, for example, make it clear that you’ll be on at 9:50 and are free to chat with whoever else shows up. This recreates the small talk conversations that used to happen in the halls on the way to a conference room or in the room with early arrivers. You could also run it the opposite way and close the meeting by mentioning that you’ll be lingering to chat with anyone who wants to. Gradually, as the habit begins to stick with the team, you could even find yourself looking forward to these virtual meetings because buffer time is the primary time your team really connects.

The fourth method to help remote workers build friendships is by finding time for Fika. Fika is a Swedish tradition of having coffee—but it’s about much more than that. Fika is like buffer time, but one-on-one and specifically scheduled. In a Fika, teammates opt into been paired up with other members of the team (or whole organization) and schedule a quick 20–30-minute chat about nonwork topics. Even before the pandemic forced many companies to experiment with working remotely, many fully distributed companies had been using some form of fika to connect their employees. At a minimum, as a team leader, you should be meeting with individual members of your team for fika on a regular basis. And as you do, you’ll find that the team will likely want to try it with each other as well. It’s a minimal investment. It’s 30 minutes a week, but you’ll find a massive return on that investment as people engage in this tradition of Fika.

The final method to help remote workers build friendships is to schedule (or help schedule) work sprints. Work sprints are times when 2-3 teammates choose to meet virtually not to discuss work, but just to work alongside each other. In a work sprint, teammates sign on and trade some small talk before getting to what they’re working on but leaving the video conference open. Think of it as the virtual version of group study sessions from back in our college days. Not only does it provide some accountability to stay focused, but every so often when teammates need a brain break…they have each other to make even more conversation. You could encourage individuals to deliberately schedule these times, or you could declare a certain time or two when you’ll be online for a work sprint and see who shows up.

What all of these methods have in common is that they’re actually not about forcing friendships or planning “fun-idtory” activities. Instead, they’re simply about making space. They’re about finding ways to deliberately plan for the unstructured interactions that happen organically in an office. Because when you make space for people to have nonwork discussions and disclose more about themselves, they almost always find more commonalities with each other than they originally expected. And as the research shows, those commonalities become the beginning of friendships and those friendship become the beginning of a much more productive team.