How To Build Culture On A Remote Team 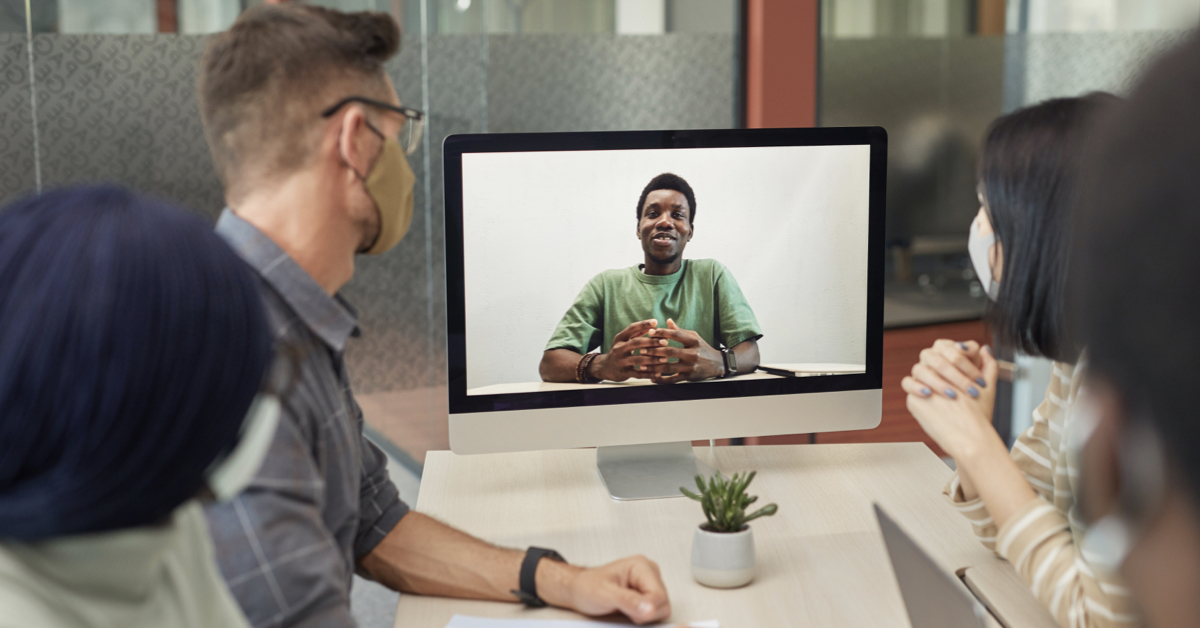 We’ve known for over a decade that individual performance is hugely dependent upon the team that individuals are placed on. Top performance by individuals hinges on whether or not their teammates, their manager, and the organization they are a part of gives them the support, and the resources they need to do their best work.

The single best study on a great remote team culture was conducted a couple of years ago before all of the madness and the forced work-from-home experiment that many of us had to partake in started. It was conducted on virtual teams from multinational organizations that were also cross-functional teams. These were the most boundaryless of the boundaryless teams meeting virtually, most on video calls and collaborating asynchronously, because they were all over the world. And despite the distance, the biggest difference between the teams that thrived and the ones that failed to perform was the team’s culture.

Despite not being together in the same physical location, the culture members felt when they worked with the remote team had the most significant influence on their performance.

In this article, we’re going to review the two key elements of team culture that were uncovered in that experiment: shared understanding and shared identity. Plus, as a bonus, we’ll review one thing we know from more and more research that makes for a great team culture in any situation: psychological safety.

It all adds up to the three elements of a great remote team culture.

There are a few actions you can take right away to build shared understanding on your team—whether it’s a newly formed team, or whether it’s a team that you’ve been working with for a while, but you sense lacks that shared understanding. You could try things like having people give a virtual office tour to share the context that they’re working in. In this case, you encourage teammates to pick up the laptop or move the webcam around, and show the team where they’re working from, and then explain why they chose to build that environment. This is great because you not only get a sense of the context that people are working in, but you get a sense of what they use to stay productive. You could do a little twist on that by asking the team to go on a “scavenger hunt” by grabbing a few specific items around the house or in their office. In this case you’d say something like “Find one thing that makes you productive and one thing that makes you laugh” and give the team 60 seconds to grab the items and bring them back. Then you start the show and tell. And the last thing you could try is to build buffer time into these virtual meetings. Jump on the line five or ten minutes early so people have a time to chit chat. Likewise, when you dismiss the meeting, don’t close it out immediately.

These opportunities to interact and share a bit of where and how they work makes members of a team much more understanding of how their team works—and how they can work best together.

The second element of a thriving remote team culture, another that was uncovered from the study of virtual teams, is a sense of shared identity. Shared identity refers to the extent to which I actually feel like the team of people that I’m on is a real team. This is going to be a big hurdle for a lot of organizations as we move into this work from anywhere world. When some of the team is working in the same place, and others are scattered all over the world, it’s going to be easy for colocated members to start to think of themselves as the “team” and the remote teammates more like second class members. We know we want the project team to be the one that feels like a team, but distance can have a big effect on our minds and what we consider to be the actual team. So, thriving virtual teams build a sense of shared identity so that people feel like they’re connected to the team that’s actually a part of their project. And you can have a shared identity in multiple different teams. The point is that you’re building as much of a sense of us and a sense of team in this virtual setup, as you would if you also were a part of a co-located team.

Like shared understanding, there are actions you can take right away to start building that shared identity. Building buffer times into meetings as we covered above, but you can go a step further and plan shared meals or other unstructured times for socialization and bonding. We know from research, at least research on in-person meals, that sharing a meal builds a sense of community. While it may not be the same from a distance, there’s steps you can take to enhance the experience such as ensuring everyone’s eating a similar meal or building meal preparation time into the experience. Regular shared meals also become a ritual, which is one of the most powerful actions you can take to build shared identity. Rituals can be large or small, but they have a big effect.

You get to decide as a team what your ritual is, but you do need to decide on a ritual or something that your team does that most of the organization doesn’t do. So that there’s a sense of identity whenever that ritual is acted on.

And as the leader the team, trust and respect start with you. Pay attention to the ways that you communicate with the team, pay attention to how you respond when they present ideas. Are you responding in a way that’s respectful? Or are you responding in a way that explains why this will never work? And pay attention not just to what you say but how you say it. If the team doesn’t understand your humor or chosen tone, that might unintentionally make them feel less trusted or disrespected. And that will have an effect on everybody else in the team. One of the things we know about uncivil behavior in the workplace, is that most teams take their cues from the leader, and what the leader of the team is doing as a guide for what they can get away with doing.

Trust and respect start with the team leader, but it doesn’t end with them. It spills over into the whole team, and as it does, it builds a sense of psychological safety.

When you consider these elements—shared understanding, shared identity, and psychological safety—you quickly realize that these are elements of team culture that colocated teams need as well. But colocated teams might “luck out” and have the individual personalities of the team generate some of this culture. On a remote team, these actions need to be much more intentional. It’s going to take work. But in the long run it will make a lot less work for you, and it will help ensure your team truly does its best work ever.