How To Build A Team Culture 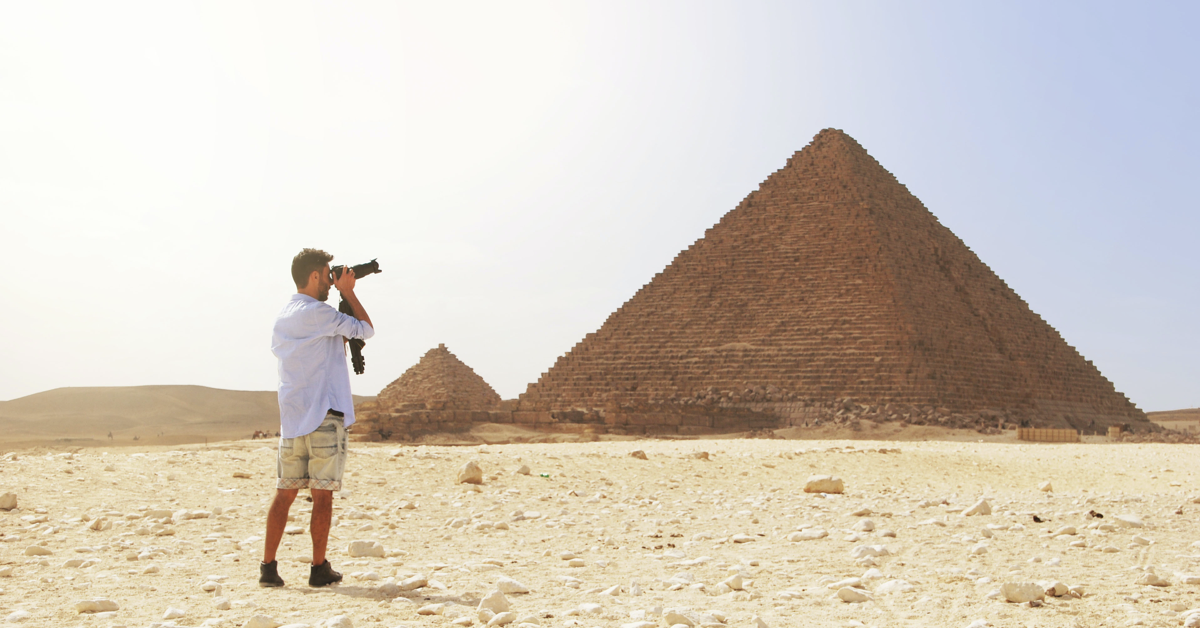 Culture is a huge factor in the success or failure of a team. There are cultures so focused on performance and talent that they leave everyone drained. And then there are ones that build a team culture where individual members, no matter how talented, put the needs of the team over their needs and, as a result, everyone wins.

But there’s a lot we misunderstand about culture. When you hear many people describe their culture, they point to easily observable elements like symbols, slogans, dress code, foosball tables, or free food. But going all the way back to Edgar Schein’s initial research on culture, we find that those observable elements don’t matter as much as we think. It’s what’s below the surface that matters.

Culture on a team isn’t anything you can see or hear; it’s what those observable things point to that matters.

The foundational elements of culture are values and beliefs, and observable elements like rituals, rallying cries, and symbols flow from there. 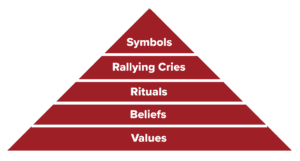 In this article, we’ll outline how to build a team culture starting below the surface with what matters and build upon that foundation.

The foundational element of a team culture is its set of values. These are the things your team actually values and wouldn’t comprise on. These are the nonnegotiables. While many companies use the term “core values,” research on teams suggests that “sacred values” may be the more appropriate term for the principles or standards of behavior that actually bonds teams together. Sacred values are those things the team will give anything to protect, and shared belief in their importance bonds them.

To find those on your team, ask questions about those trade-offs they would and would never make. The goal is to find those values the team refuses to sacrifice in pursuit of productivity. Those are the sacred values of the team and a foundation strong enough to build upon.

The second element of a team culture is its set of beliefs. These are the set of ways the team sees the world. For example, Some people and teams believe the world is winner take all, that their goal should be to get the best deal or hit the highest level of productivity no matter the costs. Other teams believe that the world works best when everyone is a winner. Likewise, some teams believe fairness is determined by equal outcomes for all, and other teams believe what matters is equality of process—that everyone is treated the same even if they produce different outcomes. These are beliefs. They often flow from values but instead of looking internally the way values do, they’re about the ways the team looks externally.

There’s no right set of beliefs a team can hold, although there are more than a few wrong or unethical beliefs held by some teams. What matters is that the team gets clear on what their beliefs are because those beliefs will affect how they treat each other, how they coordinate work, and how they measure their success. And team leaders need to help teams outline what those beliefs are.

The third element of a team culture is its set of rituals. And this is the first element that’s above the surface and observable to outsiders (sometimes). Rituals come in a lot of forms. They may be habits of communication, acronyms, inside jokes, or even references to past shared experiences. Rituals serve to bond a team together in two ways. The first is that rituals signal belonging. If you understand the ritual, you’re an insider—you belong. The second, and more important, is that rituals often reinforce the beliefs or values of a team. For example, some teams have a ritual of leaving an empty chair in every meeting as a reminder of the customer/stakeholders that they serve.

Most rituals develop organically. One individual on the team acts in a way that reinforces values and that the team enjoys, and then it becomes a habit. So as a leader looking to build a team culture, start paying attention to the actions team members exhibit and when one is well-received and embedded with meaning, celebrate it in a way that sends the message this ritual ought to be repeated.

The fourth element of a team culture is its rallying cry. A rallying cry is a ritual, but it’s often the foremost ritual on a team. A rallying cry is the single slogan or statement that binds a team together by reinforcing its purpose and its values. It may be tempting to dismiss catchphrases or calls to action as corny or inauthentic, but that may be the source of their power. Rallying cries create clarity, they summarize in a short sentence the work that team does and the difference that work makes. They’re clear, crisp reminders about why the team’s work matters.

To create a rallying cry that does all of this, ask your team “who is served by the work that we do?” You may follow up with how you do it and why it’s so important. But eventually you’ll find the single sentence you can craft from their answers to form your own rallying cry.

The final and often most visible element of a team culture is its set of symbols. Symbols are the physical or visual artifacts that serve to reinforce the elements of culture. These can be pictures or objects but all of them should flow through the team’s set of values and beliefs. A foosball table in the breakroom can be a cultural symbol, if it reinforces the belief that teams that play together perform together. Free food can be a symbol, if it flows from the belief that making serendipitous connections increases innovation—especially if innovation is a team value.

But merely copying these symbols from other companies or teams rarely works. Unless there’s a match between values and beliefs of two teams, a symbol from one will rarely reinforce culture on the other. It’s best if these symbols develop organically and naturally as the team lives out the foundational elements of its culture.

In fact, that applies to the entire work of building team culture. It starts with values and beliefs. And leaders of teams with a strong and positive culture put in the work to clarify values and beliefs. The know that putting values first makes culture building happen faster and makes it more likely they’ll build a culture that helps everyone do their best work ever.