How To Deal With Toxic Leadership 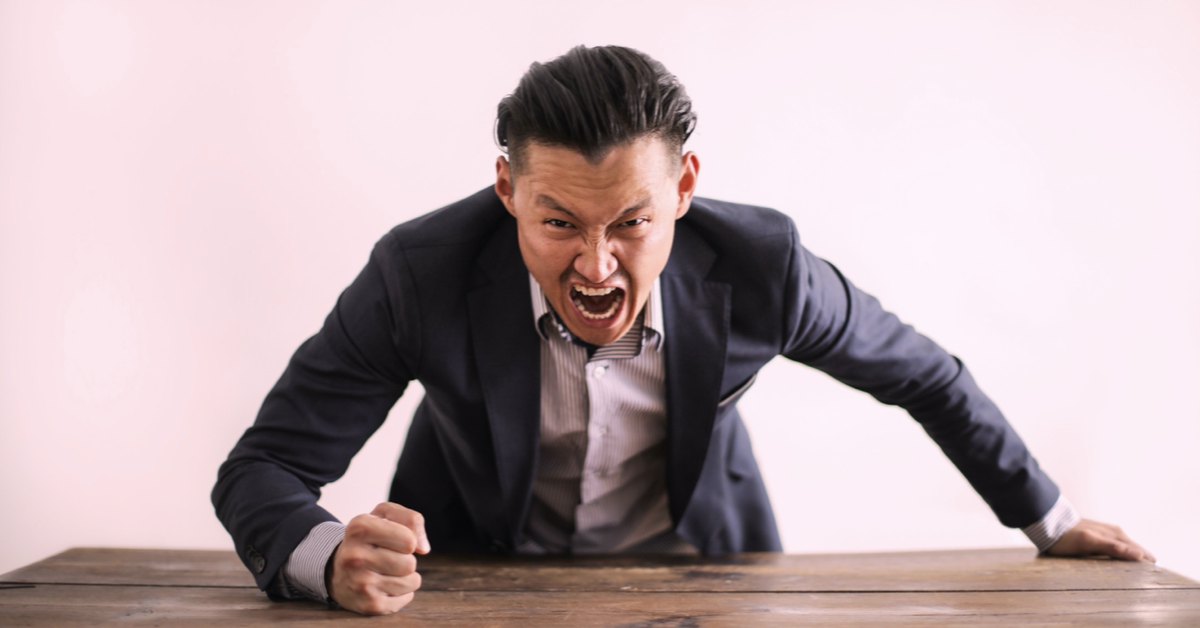 Bad bosses are a sad reality of working life. Hopefully, you’ve never had to deal with toxic leadership. But if you’re reading this, you probably have. It seems like toxic leaders are far too common in organizations of all sizes. And there’s some evidence to explain why that is.

Researchers at Ohio State University recently experimented with leaderless groups assigned to work together on a set task. As the researchers watched the groups interact, they noticed a disturbing trend. Most of the groups had a tendency to elect self-centered, overconfident members to leadership roles. Lacking any evidence of competence, groups tend to mistake blind confidence for leadership ability. And toxic narcissists are more likely to display that confidence.

The end result is a plethora of bad bosses promoted for their confidence but lacking real leadership competence. And for you, that means an increased likelihood of having to work for a toxic leader at some point in your career.

So in this article, we’ll outline six ways to deal with toxic leadership—and we’ll save the most obvious tactic (leaving) for last.

The first tactic to deal with toxic leadership is to set boundaries. You can’t control everything (or even most things) about toxic bosses but you can decide what the boundaries of the relationship are. You can try to reduce the number of hours you need to be in contact with them, or the times of day you respond to their emails. And if you can’t, you can create buffer zones of time to decompress after an unavoidable meeting. In addition, get clear early about your boundaries for acceptable behavior. Decide ahead of time what behavior is tolerable and what behavior means it’s time to look for new work.

The second tactic to deal with toxic leadership is to document actions. Take the initiative to document the examples of toxic or inappropriate behavior that you notice bad bosses exhibit. This helps your entire team since behavior that would otherwise go unnoticed is noticed and documented, and it may help your cause if things get so bad you need to get senior leadership or human resources involved. But documenting toxic actions also helps create a form of psychological distance. Overtime, you’ll start to see yourself as the researcher whose job it is to study this fascinating example of toxicity—instead of the unfortunate employee of an ill-mannered boss.

The third tactic to deal with toxic leadership is to build support. If you and your team are going to survive, you’ll need each other. So, take the initiative to build social connection and emotional support. The most valuable resource you can have after an emotionally or physically draining interaction is another person you can turn to for trusted conversations or just emotional venting. And the easiest way to find that person is to be that person for someone else. Make it clear that your colleagues can call your or stop by your desk after their interactions with bad bosses and make a point to invent in gratitude and appreciation to help rebuild the culture of the team as a whole.

The fourth tactic to deal with toxic leadership is to avoid drama. Do not get sucked into the drama bad bosses create—and they will try to create drama. One of the ways toxic leaders manage to retain power and keep others from discovering their toxicity is to keep the team divided against itself by creating tensions, even false tensions, between individual members. Don’t take the bait. In addition to helping keep the team together, avoiding drama helps you keep peace of mind, partly because you’ll keep psychological distance and partly because in time people will learn you don’t participate in the drama, and they’ll stop trying to drag you into it.

The fifth tactic to deal with toxic leadership is to step up. Bad bosses create a leadership vacuum, and someone needs to fill it. Be the leader your team needs. Be the trusted friend your coworkers need. And be the level head that difficult decisions call for. This means taking on extra roles to serve your team, but often those acts of service can actually help lift our spirits and decompress from stress in unexpected ways. This may even mean stepping up for your team and being the one who confronts your toxic leader about his behavior. This is a tricky conversation to have but it’s a well-needed one. It puts the toxic leader on notice that their behaviors are being documented and their days may be numbered unless they can modify their behavior.

The sixth tactic to deal with toxic leadership is to leave. And if you’ve tried some or all of the above tactics and your boss still hasn’t changed, then it’s time to take this action. One of the confusing effects of bad bosses is that people don’t quit the team as soon as they should. Sometimes people like the company but hate their boss and stay hoping for a new opportunity, and sometimes people become so afraid of the unknown that they’d rather deal with the known toxicity. But if you’ve tried other tactics and it’s just not getting better, there’s no reason to believe it ever will, and the best thing you can do for you own career is to leave.

But if you leave remember one last thing: this experience, as traumatic as it was, has made you a better leader as well. Once you’ve survived, you’ll start to think about how differently you’d respond in similar situations, and you’ll start to learn more about what makes for a positive leader as you analyze past experiences with such a terrible one. And in doing so, you’ll become a better leader. You’ll become a more positive leader. You’ll become a leader who helps everyone do their best work ever.