How Teams Should Make Decisions 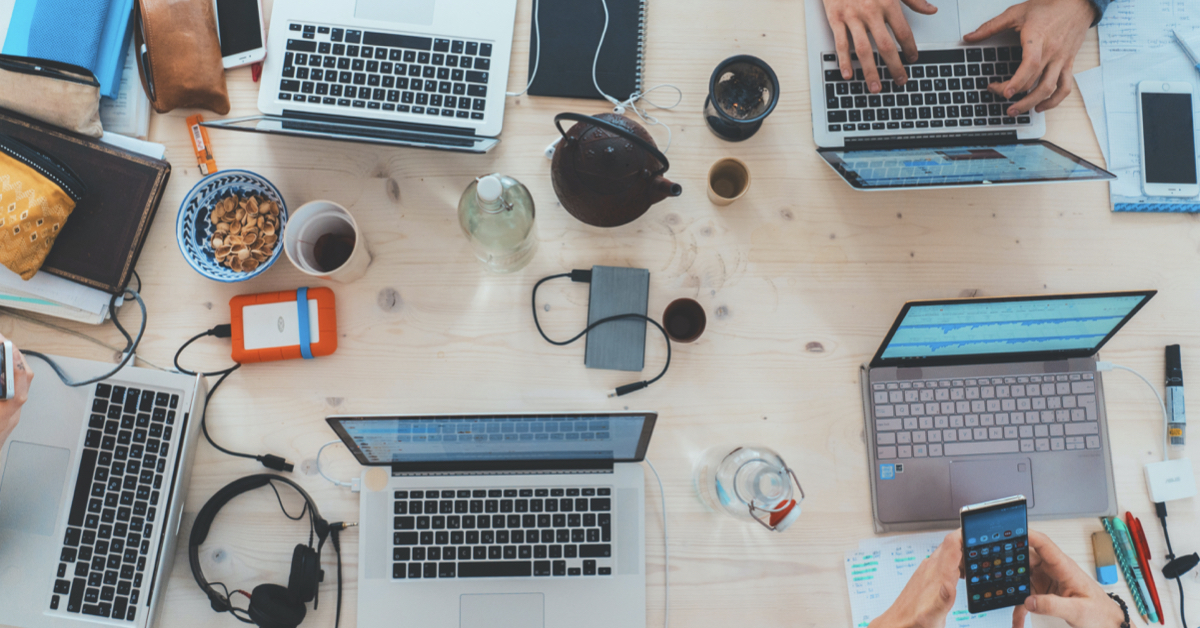 I’ve always been struck by the sayings that we throw out as common-sense wisdom just because they’re catchy. We’re supposed to believe that “He who hesitates is lost.” But we should also “Look before we leap.”

And the same thing applies to individuals and teams. We know from these common cliches that “Two heads are better than one,” but we also say things like “A camel is a horse built by committee” which implies that two heads are not better than one and that we’re better off if just one person makes the decision.

But what does the research suggest on how decisions are made and where they are made best?

Well, it’s about as confusing as all of these different cliches that contradict each other, because the research suggests that, while decisions are almost always better made by teams, there are also certain derailers that affect creativity and there are internal politics that affect whether or not that decision is made well.

So, in this article, we’ll review four stages you should take your team through to make sure that you get more of the brilliance that happens from having multiple brains on the problem. And less of the internal politics, self-censoring, and squelching of ideas that makes for poor team decisions.

The first stage you need to take your team through when making a decision is to find the real problem. So often on teams in organizations large and small, nonprofit and for-profit, we assume we know what the problem is right away. Then we bring people in to help us make the decision. We jump right to the brainstorming to come up with possible solutions. Or we jump right to making the decision itself. But then when we try to implement the decision, we find that we solved the wrong problem.

Most often, we need to start our decision making a couple of steps back and find the real problem.

There are a few techniques that you can do for this like the fishbone diagram or the “five whys” method. But my favorite technique is actually to go beyond the team and have an initial problem finding meeting where we ask everyone who is affected by the issue to come in and talk together about the problems that they’re seeing, the consequences of those problems, the limitations, and the constraints. The goal of this meeting is to get everything out on the table from as many people who were seeing the issue as possible so that we can arrive at what the real problem upstream.

The second stage you need to take your team through when making a decision is to analyze the data. And here we mean more than just looking at bunch of different spreadsheets. Data here doesn’t just mean stuff that can be quantified. It means qualifiable things too. It means all of the things that are going to be affected by whatever solution we attempt to implement. Having found the root problem, now we want to know as much as we can about that problem. We want to know its downstream effects. We want to know how much it is costing our team or the whole organization. We want to know how many people are going to be affected by the way that we solve this. And we also want to know what constraints we face. It may seem that knowing all these constraints before generating solutions would put a damper on creativity, but it turns out the opposite is true. Creative solutions happen most often in constrained situations.

We need to analyze the data before coming up with solutions because we want to know what a good situation looks like. And we want agreement on that before we come up with ideas. If we don’t analyze the data, generating a bunch of different solutions is useless. We don’t want to think outside the box all the time. We want to know what size the box is, so then when it comes time to pick all of those “outside the box” ideas, we can find the one that has the best chance of getting inside the box and actually getting done.

The third stage you need to take your team through when making a decision is to generate possible solutions. You could call this brainstorming. Or you could use any other ideation technique, such as mind mapping, nominal group technique, or the SCAMPER. There are dozens of different ideation tools out there and it doesn’t actually matter which one you use. At least, it doesn’t matter as much as it matters that, while you’re using it, everyone’s voice is being heard. This is the part of the process where teams break down the most. And there’s a good amount of research that whenever you jump into an ideation session you often generate less ideas than if each person came up with ideas individually.

The primary reason for this as self-censorship, people who generate ideas but are too embarrassed to say it or feel it’s too similar to somebody else’s idea. Another reason is that often the over-talkers or the really extroverted people dominate the conversation. But if we create a situation where everyone’s voice is heard—even if it means actively soliciting their voice—and everyone feels their ideas won’t be judged when generating them, then we can come up with more and better ideas than just asking everyone to individually think up solutions to the problem.

The real magic of techniques like brainstorming is when everyone’s ideas clash, collide, combine, and create new and even better ideas. And that doesn’t happen individually.

Select For Commitment, Not Consensus

The final stage you need to take your team through when making a decision is to select for commitment, not consensus. You might think that the best decisions happen when teams arrive at consensus. But that’s not really true. In almost every creative team there is friction and disagreement about the best way forward. And in that friction is brilliance. Because friction and disagreement mean that everyone did get a chance to get their ideas out there. And whenever a wide variety of ideas are presented, consensus about the best one is almost impossible. In fact, a quick consensus about the best idea is more often a sign that a team hasn’t thought enough about the issue. Even when there are a lot of ideas generated, there are often times when an early idea becomes a front runner and the discussion pivots to exploring just that idea.

If all of us agree, then one of us is probably missing something or is self-censoring.

So instead of consensus, select for commitment. Choose the idea that everyone agrees they can support—even if they believe a slightly different approach is better. Often once you start implementing the solution, you learn a few things about the problem that you didn’t anticipate. And in those situations, being able to go back to those other ideas (and the people who generated them) can be a useful tactic for finding ways around these new obstacles. But that doesn’t happen if everyone is pretending to have full confidence in just one idea.

Solutions are never final. Decision-making, problem-solving, and creativity in general, is a constantly iterative process.  But if you go through this process and make sure that everyone feels their ideas are heard and everyone feels energetic behind the idea chosen even where they disagree, you’ll be better off going through that iterative process. Because you’ll be better off to make the next decision. And overall, your team will begin to make some of the best decisions they have ever made and have some of the biggest wins they’ve ever had.

Because two heads are better than one.

2 Responses to “How Teams Should Make Decisions”