How To Create A Teamwork Culture 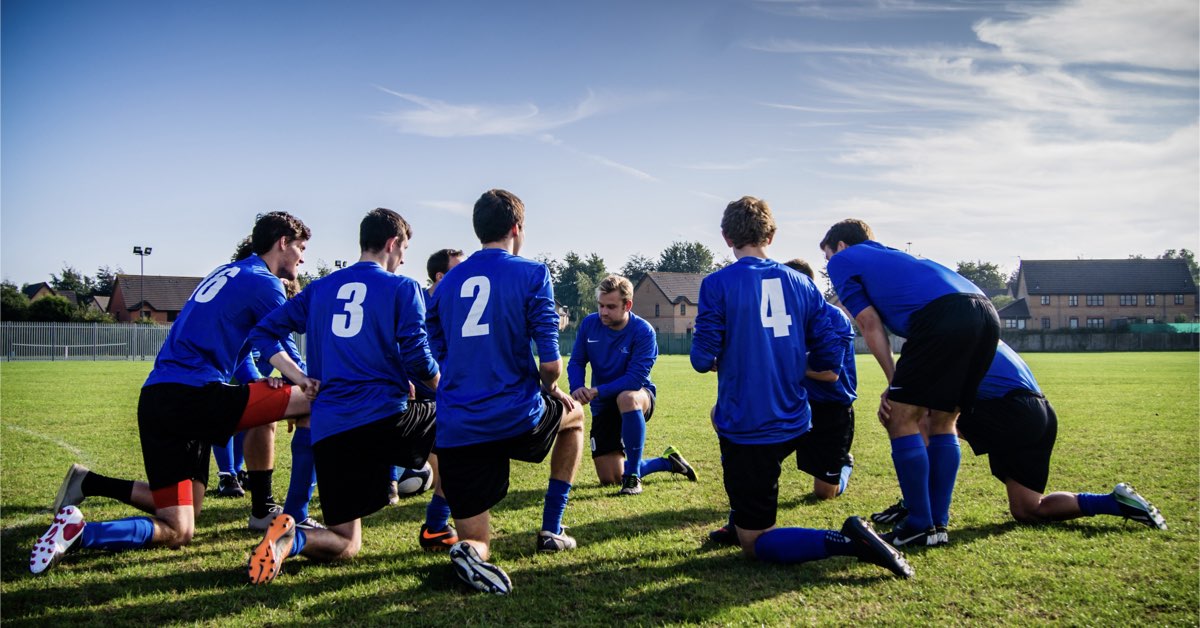 Teamwork may indeed make the dream work, but teams that lack a teamwork culture can be a nightmare. Pick your sport, and you can find a professional team that focused on acquiring talented players but failed to get the results their bulging salary budget should have brought. And the reason teams of star players fail more often than they should most often comes down to culture. Or at least, that those star players don’t want to be part of a team-oriented culture. Instead, they want to shine on their own.

The same is true of many organizations. Research suggests that just trying to capture talent while ignoring teamwork culture often leads to star performers failing to perform up to expectations. Culture makes the difference.

In this article, we’ll review how to create a teamwork culture so that your team can ignore this fate.

The first way to create a teamwork culture is to hold huddles. If teams are going to collaborate well, they need to “work out loud.” They need to ensure that everyone on the team is aware of what others on the team are doing, and where they can help. A great framework for a huddle, which can be a daily standing meeting or a weekly “sync up,” comes from the original Agile Software “scrum” questions: What did I just complete? What am I focused on next? What’s blocking my progress. These three questions give a short but powerful update on the team’s progress, its focus for the future, and any areas where team members need help. A big part of teamwork culture is helping, and huddles help teammates help each other.

The second way to create a teamwork culture is to find uncommon commonalities. These are the things that individual teammates have in common with other teammates, that are uncommon to the rest of the team or company. It may seem odd, building a teamwork culture by encouraging people to find things in common with just one teammate. But research suggests that uncommon commonalities are the beginnings of friendships and bonds. And people with friends on their team are more likely to be committed and engaged with the whole team. The best way to help find uncommon commonalities is to do nothing at all—meaning to take advantage of unstructured moments in the day or plan deliberate moments where teammates can just be around each other and talk about nonwork topics. These unstructured moments allow people to self-disclose, which allows others to find common interests and begin the process of building bonds.

The third way to create a teamwork culture is to get vulnerable. Trust is at the core of a teamwork culture—teammates have to trust each other. But trust isn’t built the way many people think. It isn’t earned. It isn’t given. Trust is reciprocated. Trust begins to build when one person signals vulnerability. They confess their failures or admit they don’t know something. And as a result, those receiving that vulnerability feel trusted, and respond with trustworthy behavior. On a team, this works best when the leader goes first. When leaders get vulnerable, they signal to the entire team that this is a place of trust, and that others can feel safe to be vulnerable on the team as well.

The fourth way to create a teamwork culture is to create civility. Civility matters for building trust because people need to feel their vulnerable moments were respected. They need to feel heard. They need to feel their opinion matters. And being vulnerable as a leader helps, but responding to others vulnerablity with care, respect, and civility matters just as much. This is especially important when teammates take the risk of stating their disagreement or dissent. When disagreement happens, how leaders respond sets the tone for whether trust grows or shrinks. Leaders who make sure the dissenter still feels considered, and who respond with civility and engage in a task-focused discussion continue to build trust. But leaders who dismiss quickly with lines like “that’ll never work” or “that’s not how we do things” will find their team’s trust diminished.

The final way to create a teamwork culture is to reinforce purpose. Research suggests that one of the fastest ways to bond a team together is to create, or point to, a superordinate goal. Superordinate goals are the most pressing goals of a team that also require interdependence. The goal is so important and so big that the only way it can be achieved is if people work together. And when faced with a superordinate goal, team most often work together better than before. The easiest place to find a superordinate goal is in your organization’s mission or purpose. However, many organization’s purpose statements are so vague or so lofty that it’s difficult to use them for inspiration. So many team leaders will have to translate that purpose down to specific stories of who is helped by the team’s work to reinforce purpose and create a superordinate goal. But that translation is almost always worth doing.

This list might seem overwhelming at first. But the best teams do something similar to all of these. That doesn’t mean they have to do it all at once, but leaders should get started working toward all of them, Fortunately, as these habits are built, the team starts to take over responsibility for continuing the trend, which means leaders can focus on the next one and the next one. Overtime, these habits form the culture of the team—a culture steeped in teamwork and a culture where everyone can do their best work ever.

2 Responses to “How To Create A Teamwork Culture”