How To Think Strategically As A Leader 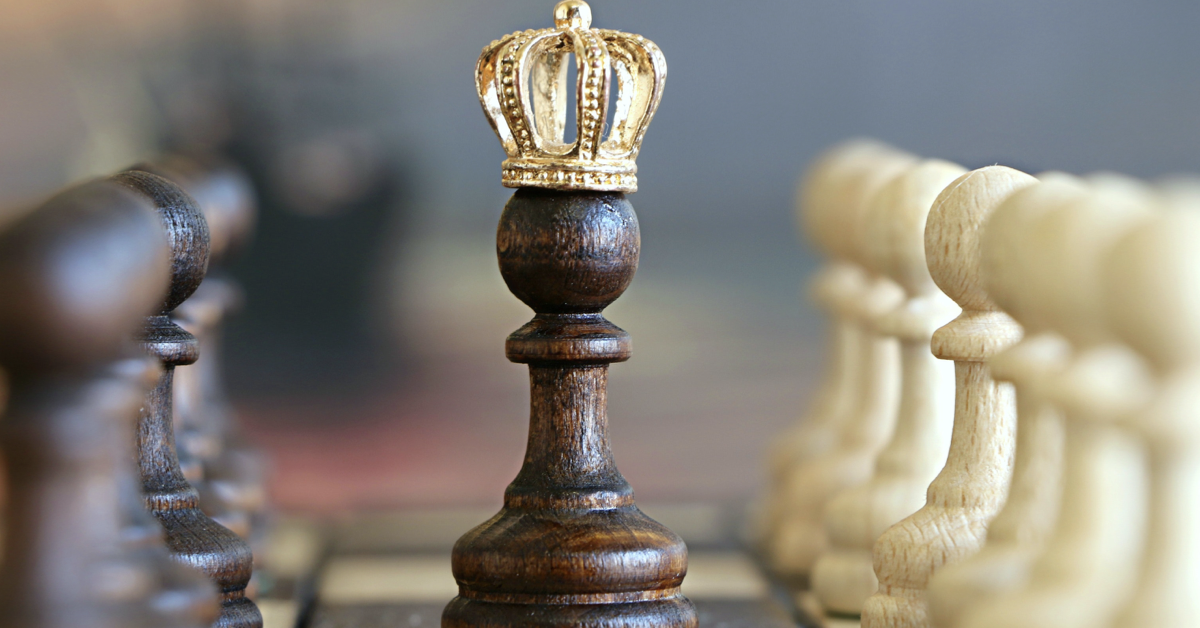 There is a lot to think about as a leader. There are goals to pursue. There are people to manage. And every day new problems arise that make pursuing those goals or supporting those people more difficult. Amid all these demands, it can be difficult to think any more deeply than just reacting to the moment.

Leaders know they need to think strategically, but often don’t know how to find the time to do so.

But strategic thinking isn’t about carving out large blocks of time to ponder problems. Instead, often it’s about reframing existing situations—asking new questions that promote new ways of thinking.

So, in this article, we’ll review five relatively simple questions leaders need to ask often to develop the habit of thinking more strategically.

What are the real priorities?

The first question to think strategically as a leader is “What are the real priorities?” This question cuts right to the core of the dilemma above. As new assignments, and new problems, are added to a team’s responsibilities, teams often fall prey to the tyranny of the urgent. The newest tasks often look like most urgent and draw attention away from the more critical ones. It takes smart leaders to step back and ask, or re-ask, “what are the real priorities—the critical tasks—that we cannot ignore?” To better classify tasks, consider the Urgent-Important matrix popularized by Stephen Covey, and label each new responsibility based on whether it’s truly urgent and important, or just one of the two, or neither, before deciding what to do about it as a team.

The second question to think strategically as a leader is “What does success look like?” Once you’ve identified the urgent and important tasks, it’s worth defining how you’d like them to be executed—or at least what successful completion looks like. This doesn’t just mean “done.” It means done in what time frame, done under what budget constraints, done with what other circumstances that would make it truly successful. This is important because as the situation changes, teams may have to adjust their execution plans on the fly. Knowing what success looks like allows them to modify the plan for execution and still achieve success. In military settings, this is often known as “commander’s intent.” Commander’s Intent is set during the planning stages of a military action and gives everyone down to the infantry and idea of what “mission accomplished” looks like so that, in the fog of war, units can adapt and modify the plan and still fulfill commander’s intent.

What obstacles will we face?

The third question to think strategically as a leader is “What obstacles will we face?” Strategic leaders anticipate what the obstacles to success look like and create contingency plans in case those obstacles arise. Many teams engage in post-mortems after a project failure (or sometimes a success) to analyze what went wrong, what obstacles popped up, and improve future projects. But strategic thinkers engage in pre-mortems. They think forward in time and ask the difficult questions about what could kill their success in order to apply the lessons from failure without actually failing. Failure is feedback. But pondering failure ahead of time gives you feed forward to keep your team moving forward.

What resources do we need?

The fourth question to think strategically as a leader is “What resources do we need?” Similar to the obstacles question, this question is about looking forward and anticipating what resources the team is going to need to achieve its objectives. Strategic leaders keep their teams from the shock of missing resources by making sure they have what they need even if the project takes longer than expected or costs more than anticipated. And resources here doesn’t just mean time and money. It can also mean professional connections, working capacity, permissions, and a host of other things necessary to acquire in order to achieve what is desired. After you anticipate obstacles, you’ll have a more accurate picture of what resources you need and can make a plan to acquire them.

Who else do we need?

The final question to think strategically as a leader is “Who else do we need?” This question requires thinking through the cognitive resources, knowledges, skills, and abilities required to complete the project or task—and then asking who on the team can provide them. If you’re totally honest, you’ll probably find out there are a few knowledge or skill gaps on the team that need to be filled in order to successful complete the project. So now is the time to think through those gaps and consider who else needs to be recruited to the project to fill them. The “who” question is especially important because often leaders and teams respond to gaps by considering “how” to do them, which requires training someone on a new skill. Instead, thinking through “who” ahead of time, and with enough time to find someone, requires less time and results in a better execution of “how” anyway.

Ideally, these are five questions to be asked at the beginning of every new project. It may seem like thinking through each of these every time will require a lot of time. But if you focus on the first question first, and identify the real priorities, then you’ll find you can save some time by offloading nonurgent, unimportant tasks. And that time saved can be time spent thinking about the other four. And over time, these questions will become second nature and require less time to ponder. When that happens, you’ll think more strategically as a leader and your team will be more able to do their best work ever.