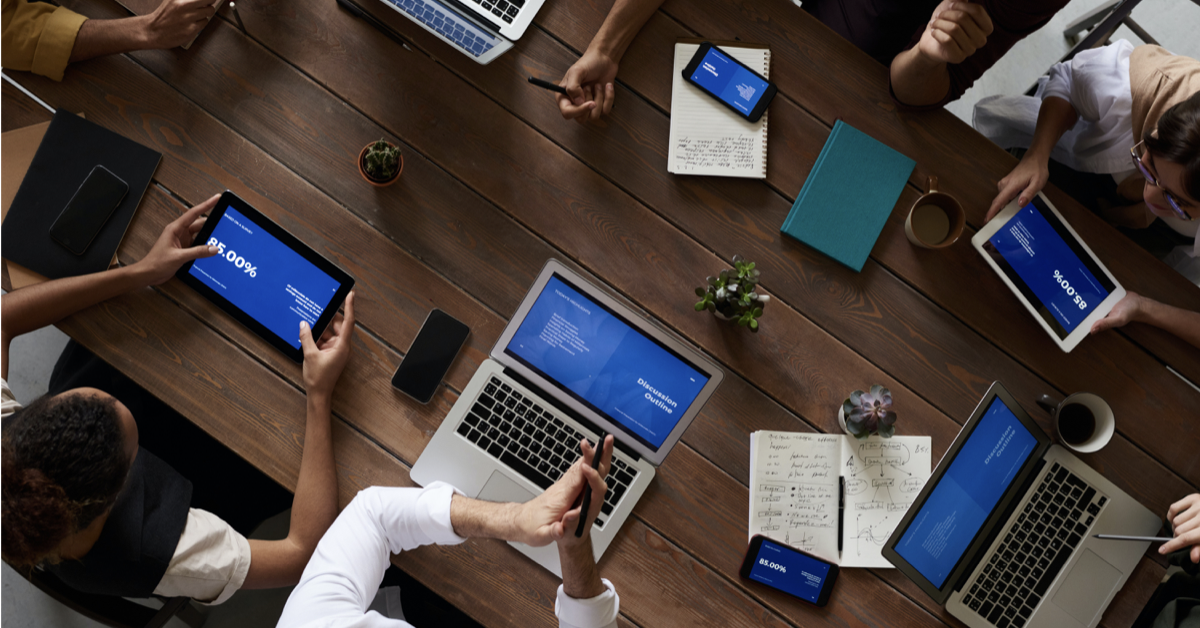 Since communication is so vital to teamwork, it’s no surprise that the quality of communication affects the level of performance of a team so strongly. Great teams communicate differently than average teams. So, it’s worth examining what high performing teams do differently in terms of communication. Fortunately, researchers have been studying those differences on teams large and small for several decades now.

In this article, we’ll outline four differences in how great teams communicate.

The first difference in the way great teams communicate is they do so equally. In mediocre teams, there’s usually one or two people who are extroverted and extra loud dominating the conversation. But great teams take care to ensure that everyone on the team speaks equally during meetings, and that everyone’s perspective is sought out in email or other text-based discussions. They don’t assume that silence means consensus, they actively seek out dissent or actively check for consensus before moving on from a discussion. Sometimes this is because of a great team leader who is assertive enough to silence the over-talkers and amplify the unheard, but often it turns into a cultural norm where everyone on the team feels comfortable talking about how much each person is talking.

Equal communication ensures that no perspective is unshared and hence minimizes the team’s blind spots. But it also helps the team grow in their trust and respect for each other—and hence grow the level of psychological safety on the team that allows them to tap into their team’s true collective intelligence.

The second difference in the way great teams communicate is they do so informally. They’re not always communicating strictly through the organizational chart and keeping their chats solely on work related topics. Great teams get to know each other as people, not just as collaborators on a project. And to do that, they need to share about their whole selves and have nonwork related conversations. And they need to do so as peers even if there’s a power distance between certain team members in the formal hierarchy. This can often look like wasted time. Many great teams struggle with starting a meeting exactly on time—because they’re so excited to be together and catch up on each other’s lives. Likewise, it’s hard for them to leave a meeting once the agenda is complete because they want to linger and chat. But that’s not wasted time, it’s time well spent building personal connections to each other that will help them coordinate work better and keep them motivated when the work is tough.

Disciplined teams may separate out personal from professional communication so that they can better distinguish between strictly business conversations and opportunities to connect. But all great teams know that there’s no such thing as “strictly business” as long as business is still done by people.

Communicating externally also spreads the definition of “team” to just about everyone working toward the goal of that project, as opposed to just the people who answer to the same boss. This insight about the need for external communication is what helped Gen. Stanley McCrystal turn around the military effort in Afghanistan by building a “team of teams” or training teams to communicate externally with other teams.

The final difference in the way great teams communicate is they do so in bursts. Great teams know that they need to balance time spent talking about the work with time spent actually doing the work. They’re not in constant communication. They’re not in meetings with each other while replying to emails with other teams when no one’s looking. Instead, they’re intentional about finding solo, focused time to allow each other to do the deep work that actually creates progress on a project.

When they are together, it may take a while to get the meeting going since they’re also communicating informally, but then they get right into the process of updating each other on their work, pivoting if needed, and adjusting the timeline if the situation calls for it. They use meeting times efficiently to “work out loud” so that they can earn back more time working in solitude to get real work done.

Many average teams communicate in one of these four methods, so some of this may sound familiar. But other methods may seem downright odd. Each communication method, however, has been shown to enhance collaboration. And when all four combine you have a team that’s using their best communication ever to do their best work ever.